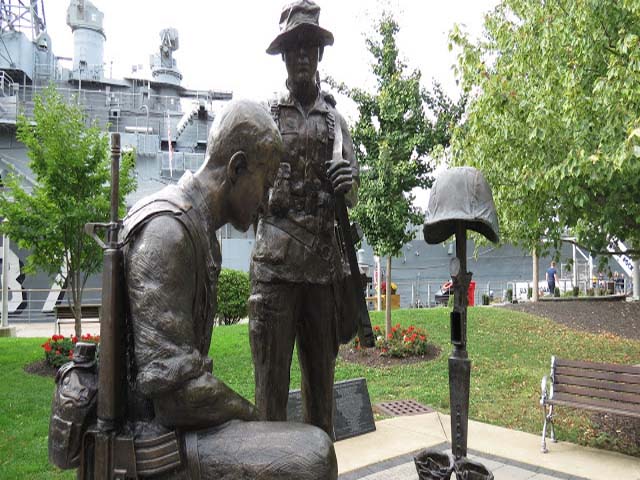 PTSD occurs when a person has experienced, witnessed, or has been confronted with a traumatic event, which involved actual or threatened death or serious physical injury to themselves or others. At which point they responded with intense fear, horror or helplessness. (APA, DSM-IV TR, 2000) The most recent primary diagnostic criteria for PTSD falls into three groups and are summarized below:

The passage of time alone usually does not heal the psychological wounds of trauma. The natural desire to withdraw from others and not talk about the experiences or difficulties associated with the traumatic event may actually make matters worse for veterans with PTSD. Painful wounds can remain exposed, open, and raw for decades without the proper help that promotes healing. These wounds go on to fester unless they are properly cared for. Veterans and society can watch physical wounds heal; however the emotional wounds of trauma may go unrecognized if they are never addressed. To continue to say, What happened in Iraq or Afghanistan happened, end of story, is an attempt to cover up issues and most likely indicates a deep inner-craving (cry) for help. To recognize that you may be experiencing some re-adjustment challenges is the first step to recovery. Finding useful tools to direct you and your family to constructive ways to re-adjust after war is a top priority. 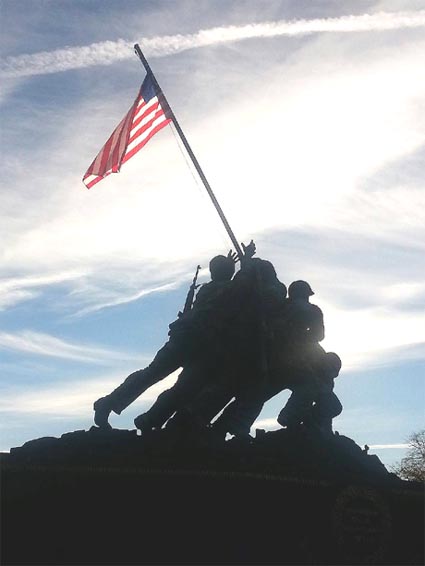 Listed below are some of the most primary PTSD responses veterans exhibit as a result of stress while on hardship tours and/or combat zones. (Tom Williams, Post Traumatic Stress Disorders: A Handbook for Clinicians, 1987, Appendix I) Depression, Cynicism and distrust of government and authority, Anger, Alienation, Isolation,Sleep disturbances,Poor concentration,Tendency to react under stress with survival tactics,Psychic or emotional numbing,Negative self-image, Memory impairment,Emotional constriction,Hypersensitivity to justice,Loss of interest in work and activities,Problems with intimate relationships,Survivor guilt,Difficulty with authority figures,Hyper-alertness, hyper arousal, Avoidance of activities that arouse memories of traumas in war zone,Emotional distance from children, wife, and others,Self-deceiving and self-punishing patterns of behavior, such as an inability to talk about war experiences, fear of losing others, and a tendency to fits of rage, Suicidal feelings and thoughts,Flashbacks to dangers and combat,Fantasies of retaliation and destruction,High risk employment/recreation,

Some of these post trauma responses may sound or be familiar to you. Healing from PTSD begins with understanding the symptoms. Just by acknowledging these traits can have healing effects for you and your loved ones. The above list may reveal clues that indicate you may be experiencing symptoms of stress. If so, we encourage you to consider addressing these symptoms in a timely manner. 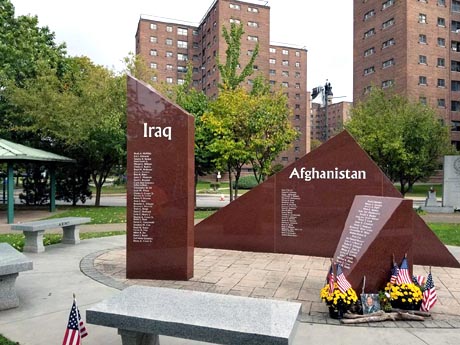 How does PTSD develop?

At one time only troops engaged in heavy direct-fire combat were even treated, observed, or evaluated for psychological problems. But since the Vietnam War, and now the War on Terror (where there are no front lines or rear areas), it is clearly evident that PTSD is found both in combat veterans and in many rear-echelon support-type troops. Likewise, it has been diagnosed in sailors who spend their entire tours off the coast on ships. It has surfaced in troops who support the war from static compounds and not necessarily from the front lines, jungles, rice paddies, urban trenches, or Humvees convoying in a hot war zone. Post-Traumatic Stress Disorder can develop in service members who are engaged 'down range' regardless of job or proximity to danger. To recognize PTSD as a real part of wars aftereffects is vital not only for veterans, but also for the significant others at home. Family members, close friends, employers, etc. must obtain as much understanding about PTSD in order to help the veteran thrive in a civil society. In order for healing to begin both the veteran and the people closest to them need to understand and accept that this condition (PTSD) is genuine. The very first aspect of PTSD that requires understanding is that it is not a mental illness. It is a normal reaction to the extreme stress encountered during your wartime experiences. It is important to become familiar with the variety of ways it manifests itself after returning home. Stress affects everyone differently. In most cases there are warning signs that indicate a need for active stress management. Check off the signs that relate to you:

These are just some of the ways that PTSD may be affecting your life. The emotional and psychological stress of war does not go away simply by leaving it unattended. The wounds of war do not go away with time, or just by leaving them alone. They need to be addressed, and you cannot do it alone. If you were wounded physically during combat you would allow a medic to attend to the wound. This is no different. Your psychological wounds must be attended to as well. They can be managed with proper help and support.